Gold climbs back toward six-year peak on U.S.-China trade clash

“There is a great deal of uncertainty in terms of economic growth especially concerning U.S.-China trade frictions. Given the increased volatility in U.S. and global stock markets, gold is receiving support as result of that,” said Jeff Klearman, portfolio manager at GraniteShares.

A rout in global markets eased as China kept the yuan on a tight leash a day after letting it weaken past 7 to the dollar. This led the United States to label Beijing a currency manipulator, a decision that China’s central bank said would “severely damage international financial order and cause chaos in financial markets.”

Influential Wall Street bank Goldman Sachs said it no longer expects Washington and Beijing to agree on a truce to end their prolonged trade dispute before the November 2020 presidential election.

“Speeches by Federal Reserve officials in the coming days will garner extra scrutiny from the marketplace.”

St. Louis Federal Reserve President James Bullard on Tuesday said Fed does not need to “pile on” interest rate cuts at a time when the economy continues to grow and is still adjusting to the looser monetary policy set by the Fed this year.

The U.S. central bank last week cut interest rates for the first time since the financial crisis in 2008. Lower rates reduce the opportunity cost of holding bullion, which yields no interest.

“Gold demand may continue to increase. With the uncertainty surrounding global markets, gold will be added to a lot of investors portfolios,” Klearman added.

Meanwhile, gold denominated in sterling soared to an all time high of 1,213.54 pounds an ounce as investors worried about the possible repercussions of Britain’s impending exit from the European Union. 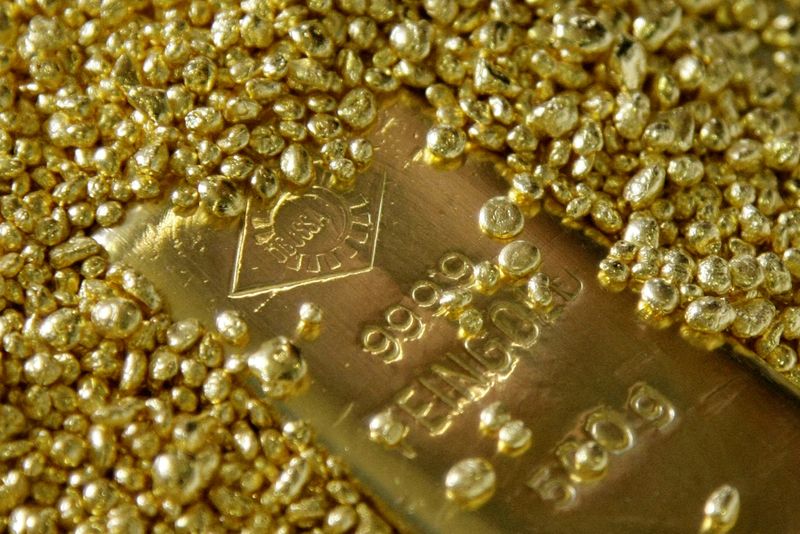