Traders and analysts expect Friday’s ratings review by Moody’s and S&P’s to be a more important trigger for the rand.

Both firms already rate the country’s debt at subinvestment, but S&P has the country on a stable outlook.

Moody’s and Fitch already have South Africa on negative outlooks. Should S&P bypass an outlook change and move straight to a downgrade, the rand could suffer some steep losses, analysts said.

But research firm RMB Markets said in a report that there is likely to be no change to the ratings.

On the Johannesburg Stock Exchange (JSE), stocks across sectors fell, as the optimism stemming from progress with new coronavirus vaccines wavered.

The bank index, which has led most of the market rally this month and had gained almost 30% in November, lost 0.9%. It is down almost 4% in last one week. The drop was led by Investec whose shares nosedived 6% even as the company bucked a trend among rivals and declared dividend.

Bonds fell with the yield on the benchmark 2030 government issue up 2 basis point to 8.840%. (Reporting by Promit Mukherjee and Mfuneko Toyana; Editing by Toby Chopra and Alexandra Hudson) 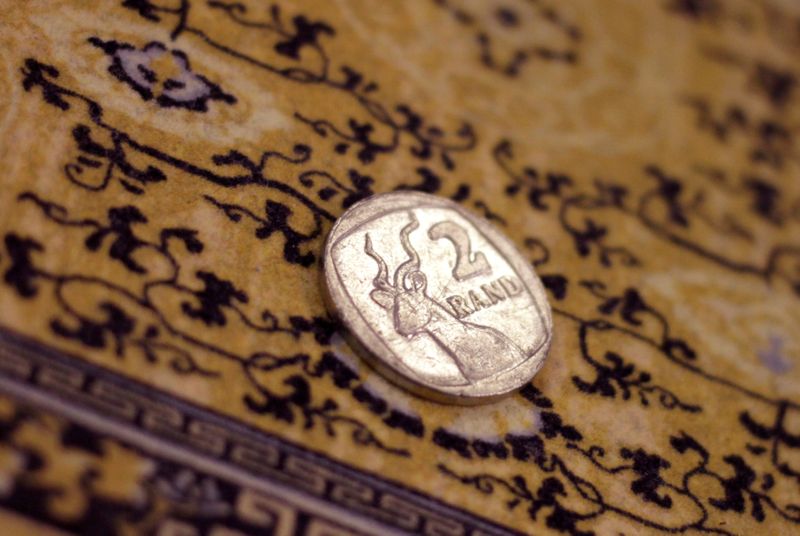