JOHANNESBURG, Aug 7 (Reuters) – South Africa’s struggling state defence firm Denel told trade unions on Friday that it cannot honour a court ruling that it should pay outstanding salaries by Friday, a letter from Denel’s lawyers to the unions’ lawyers seen by Reuters showed.

Denel, which makes equipment ranging from armoured vehicles to missiles, has struggled to pay staff salaries due to a liquidity crisis aggravated by the COVID-19 pandemic.

The Labour Court on Tuesday ordered Denel to pay workers outstanding salaries for May, June and July, as well as meet statutory obligations, such as paying into its employee pension fund, by Friday, after two unions lodged a complaint.

“Our client has instructed us that, as indicated previously, it is unable to comply with the court order today. … Our client requests that your clients grant it an indulgence to enable it to work on measures to raise funds,” Denel’s lawyers wrote in the letter, adding that Denel would aim to give an update by no later than the end of next week.

Denel said in a statement that it remained committed to meeting its obligations and paying outstanding salaries as soon as possible.

“The shareholder and the Denel board are relentlessly working to resolve the short-term challenges the company is facing,” the statement read.

Solidarity, one of the unions that brought the court case over salaries, will launch contempt of court proceedings next week if Denel does not pay outstanding salaries on Friday, its defence sector coordinator Helgard Cronje told Reuters.

Denel is one of a number of struggling state enterprises the government has been keeping afloat with bailouts. 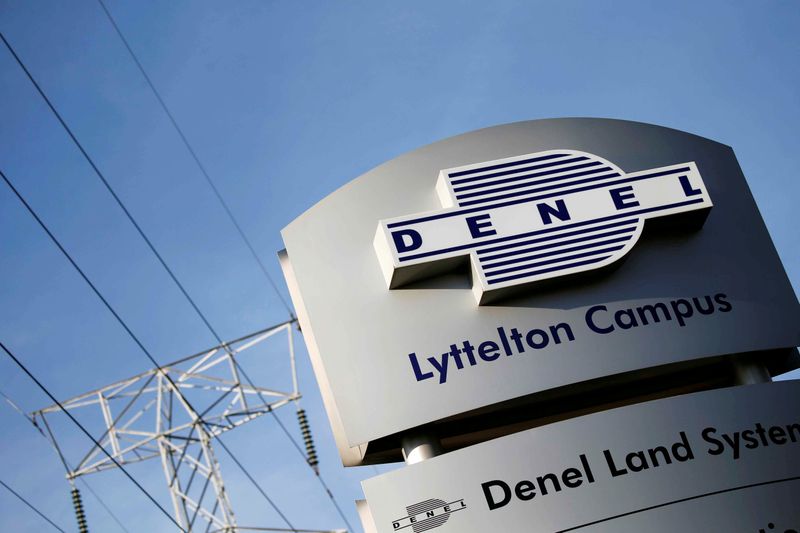 FILE PHOTO: Denel company logo is seen at the entrance of its business divisions in Pretoria, South Africa