Administrators took over SAA in December after almost a decade of financial losses, and last week creditors approved the restructuring plan, which requires at least 10 billion rand ($600 million) of new funds, on the understanding the government would find the necessary cash.

Mboweni said in an affidavit filed in the High Court that funding options the government might explore included approaching institutions for investment of pension funds, private equity or other partners who might want a shareholding in a restructured SAA.

The minister was responding to a court case launched by opposition party the Democratic Alliance, which wants to block Mboweni from using emergency powers to channel more public funds to rescue the airline.

Mboweni said in his affidavit that no definitive decisions had been taken on how funds would be sourced for SAA. He said he had not used his powers to authorise using funds from the National Revenue Fund, nor was such a move imminent.

The finance ministry has not responded to a Reuters request for comment.

SAA’s administrators need certain conditions to be met by Wednesday for their restructuring plan to work.

One of them is that the government finds money for the plan, which envisages scaling back the airline’s fleet and shedding jobs before gradually ramping up operations as COVID-19 disruption eases.

In a document sent to trade unions over the weekend giving the rationale for the planned job cuts, the administrators said SAA had made a net loss of 5.5 billion rand in the year to end-March, with further losses incurred since.

The administrators plan to have terminated all SAA’s aircraft leases by the end of July, leaving it with nine Airbus A340 planes which are on sale, Louise Brugman, spokeswoman for the administrators told Reuters. 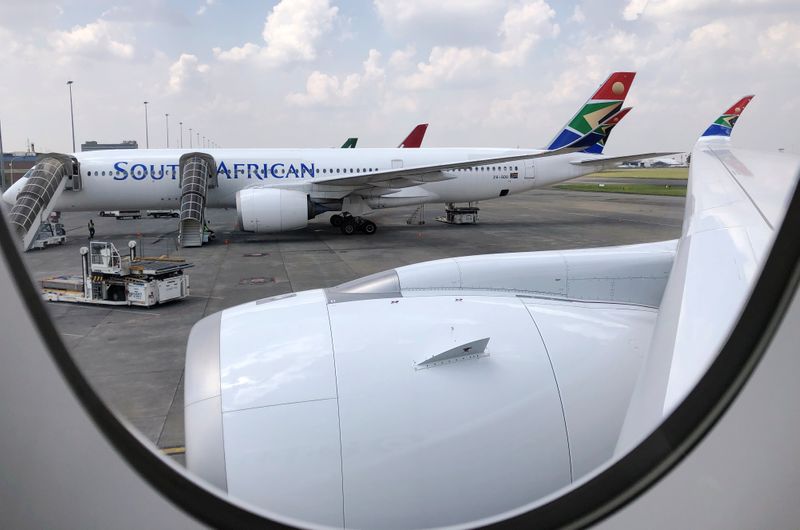