JOHANNESBURG (Reuters) – South Africa retailer Massmart Holdings Ltd has started talks with unions to cut up to 1,800 jobs at the company’s struggling Game stores as constrained spending and the new coronavirus weigh on performance, the company said on Tuesday.

Majority-owned by Walmart and operator of supermarkets and wholesalers such as Makro and Game, Massmart said talks began after it assessed the efficiency of the stores.

Massmart said it was implementing a new operating model at Game after its “indifferent performance in the 2019 financial year” and the negative impact of trading restrictions because of the pandemic on sales.

The company said it would not close any of its Game stores, however.

Game, a general merchandise chain, has been a drag on group profit as financially-constrained customers prioritise spending on non-durables, such as food, over spending on goods such as appliances.

Massmart earlier in the year said it would cut costs and restructure into wholesale and retail units, but the impact of the virus has accelerated some of the turnaround strategies.

The group lost 4.6 billion rand ($268 million) in sales during a strict nine-week lockdown.

The potential job cuts would represent around 3% of Massmart’s total workforce.

Job cuts are a politically-sensitive issue in South Africa, where unemployment stands at around 30%.

(Reporting by Tanisha Heiberg in Johannesburg and Aniruddha Ghosh in Bengaluru; Editing by Devika Syamnath and Barbara Lewis) 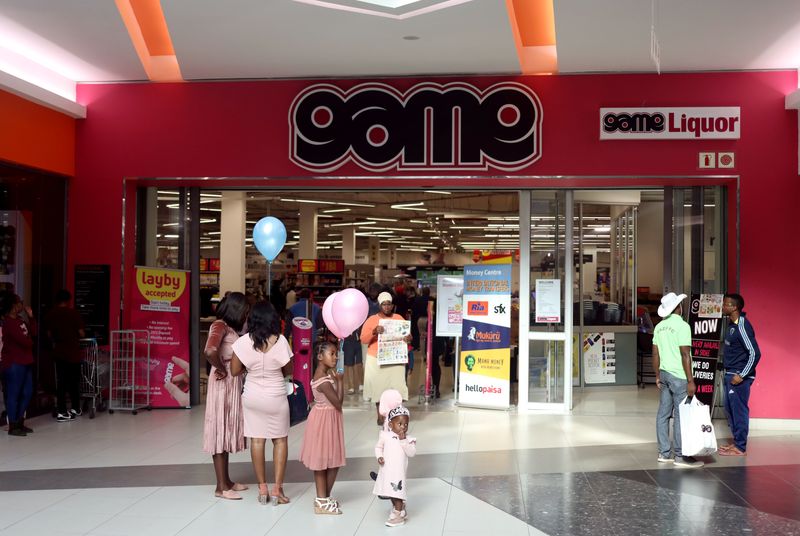 Shoppers stand outside the outlet for Massmart-owned Game Store in Polokwane, Limpopo province