JOHANNESBURG (Reuters) – South African private sector activity shrank much less quickly in June, after a record pace of contraction the month before, as the easing of a nationwide lockdown to contain the coronavirus boosted orders and activity, a survey showed on Friday.

Markit’s Purchasing Managers’ Index (PMI) rose to 42.5 in June from 32.5 in May, the latter being its lowest level since the survey began in 2011.

However, the June figure remained below the 50 mark that separates expansion from contraction for the 14th month in a row, showing that the downturn in Africa’s most advanced economy was entrenched before the coronavirus struck in mid-March.

Data on Tuesday showed gross domestic product in the first quarter contracted 2%, after shrinking in the last two quarters of 2019.

President Cyril Ramaphosa imposed a lockdown in late March to curb the spread of the coronavirus but has since eased some of the restrictions. From June 1, much of the economy was allowed to return to full capacity.

South Africa has recorded more than 150,000 positive cases of COVID-19 and about 2,700 deaths, with infections rising sharply in the last few weeks.

“Sentiment has since crept back into positive territory, as firms were upbeat that markets will start returning to normal. However, demand levels still remain weak, and the growing surge of COVID-19 cases will likely worry consumers going forward.” 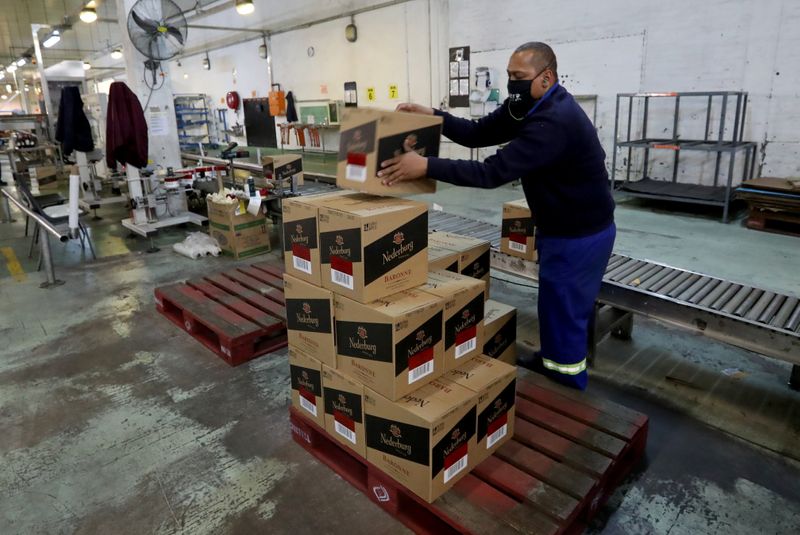