LAGOS (Reuters) – Nigeria’s current daily oil production overcomplies with its promised cuts under an agreement among major oil producers, the head of the state oil company said on Friday.

NNPC chief Mele Kyari also said during a Zoom call organised by the Atlantic Council that if all countries that are part of the OPEC+ deal complied, there would be no need to extend the agreement into August.

Kyari said that Nigeria, Africa’s largest oil exporter, had not complied completely with its promised cuts in past months, but that its current reductions would ensure that it had made up for that by July.

“Our actual daily production indicates we’re in an overconforming situation,” he said.

Kyari said NNPC is also working to ensure that Nigeria can stop importing fuels within three years.The government is aiming to make a final investment decision on building a condensate splitter, a simple refinery that can process extra-light crude, by July. It will have a capacity of 50,000 barrels per day (bpd) initially, rising to 200,000 bpd.

He also said that they are taking a new approach to fixing the nation’s ailing refineries, and would seek partnerships with private companies to finance, fix and run them.

Kyari added that Nigeria is in conversations with U.S. companies including Bechtel and KBR regarding potential projects including oil refineries, pipelines and gas projects.

Efforts to revamp the refineries have failed for years, and NNPC shut them down entirely in April. But Kyari said he was confident they could get them up and running again.

“We have a new framework,” he said of the refinery projects. “This will enable others to help us.” 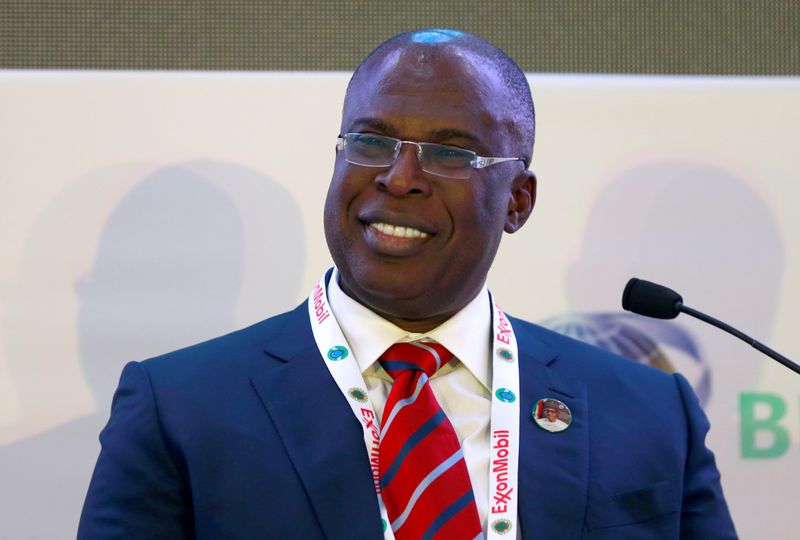