JOHANNESBURG (Reuters) – Two of South Africa’s biggest private airlines will start flying between local airports this month after the government eased lockdown restrictions aimed at containing the coronavirus, but they said a recovery could take at least three years.

Low-cost state airline Mango, part of the South African Airways (SAA) Group, plans to resume flights on June 15, but it is yet to get final approval from the Department of Public Enterprises, a company spokesman said.

Amid a halt on operations for around two months due to the coronavirus lockdown, airlines have seen their revenues fall to close to zero while continuing to spend money on aircraft maintenance, salaries and debt-service.

“We expect that demand will be quite thin,” said Kirby Gordon, spokesman for Safair, which will start operations across four airports – OR Tambo and Lanseria in Johannesburg, King Shaka in Durban and Cape Town International.

Gordon said that Safair planned to fly around 25% of its usual schedule, adding it expected its share of the market to be greater than normal given the temporary absence of other players. Financial models showed it could take three to five years for the airline industry to recover, he said.

Airlink is starting to operate from three airports – OR Tambo, King Shaka and Cape Town International.

Airlink expects it will take more than four years for air travel to revert to pre-coronavirus levels, said Rodger Foster, its chief executive.

South Africans are only allowed to fly for business purposes under “level 3” of the country’s coronavirus lockdown, which entered force on June 1. Leisure travel by air is still banned. 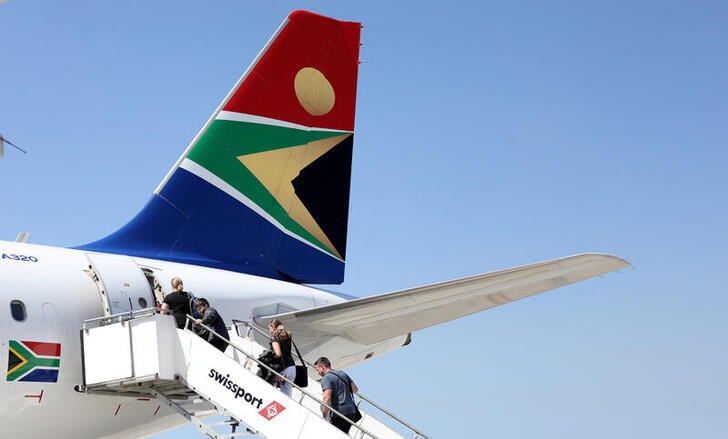 FILE PHOTO: Passengers board a South African Airways plane at the Port Elizabeth International Airport in the Eastern Cape province