JOHANNESBURG (Reuters) – A draft rescue plan for South African Airways (SAA) contains about 4.6 billion rand ($263.4 million) of new bailouts as part of a restructuring aimed at saving the airline from collapse, a copy of the plan showed on Monday.

State-owned SAA entered business rescue – a local form of bankruptcy protection – in December after almost a decade of financial losses, with its fortunes deteriorating when the COVID-19 pandemic forced it to halt all commercial passenger flights in March.

The government said in April that it would not provide further funding, but the draft rescue plan drawn up by the administrators and made public by the Democratic Alliance opposition party on Monday said the government had agreed to fund the restructuring. [nL8N2BH8IB] [nL5N2C2644]

The administrators confirmed the document seen by Reuters is genuine, adding that its publication has been postponed to June 8 and that it is “for discussion purposes only” while they await comment from affected parties.

The Department of Public Enterprises said the government had received the draft plan but had yet to discuss it.

“No decisions have been taken on some of the proposals it contains,” the department said in a statement. “We will review the plan, explore various funding options and communicate our decisions.”

The administrators last week said they were revising the plan after the government submitted a restructuring proposal for them to consider.

The state enterprises ministry has been pressuring the administrators to salvage SAA in some form after an earlier version of their plan proposed that the airline be wound down.

That is on top of 16.4 billion rand the government set aside in February to repay SAA’s guaranteed debt and to cover debt-servicing costs.

The draft plan proposed that the airline’s workforce be halved to about 2,500 while also reducing its fleet by half to about 20Â aircraft in the next few years.

The administrators said that prior to COVID-19, they had been speaking to three parties potentially interested in becoming a strategic equity partner or forming an alliance agreement with SAA. 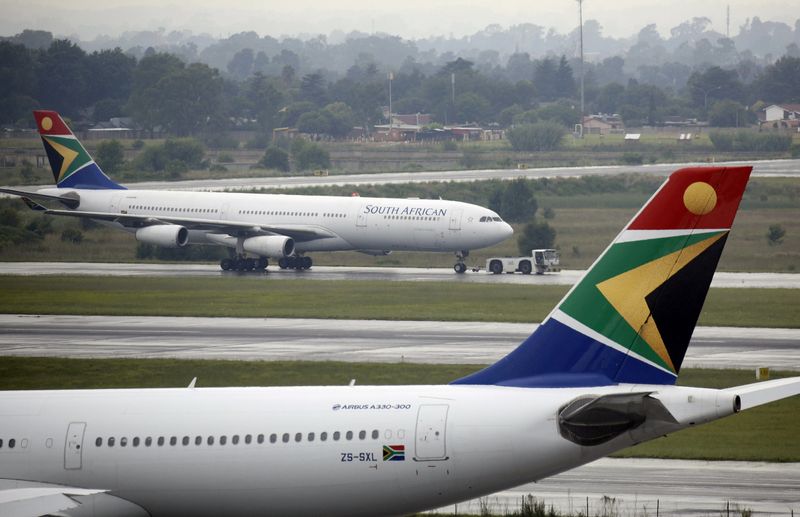