By Zandi Shabalala and Helen Reid

BSGR has filed documents, seen by Reuters, with a U.S. court which it said shows that Vale was aware of potential bribery or “red flags” when the companies partnered to develop Simandou, one of the world’s biggest iron ore deposits containing billions of tonnes of the steelmaking ingredient.

The companies are locked in a long-running legal dispute over the joint venture, which was created in 2010 but has since been abandoned. Simandou remains undeveloped.

â€œThe Vale Board should assume full responsibility for their misconduct, publicly clear BSGR of all wrong doing and compensate fully for the commercial value of the loss to BSGR, which could run into billions of dollars,” Steinmetz said in an emailed statement.

Vale has accused BSGR of fraudulently inducing it to buy a 51 percent stake in the joint venture to develop the mine, a concession later by the Guinean government in 2014 after it said it had evidence BSGR obtained the rights through corruption.

Vale on Friday denied BSGR’s accusation, saying it was confident that any court or tribunal would find it in the right.

“Vale is confident that the effort will continue to be rejected by any court or tribunal considering the full record of Valeâ€™s extensive diligence efforts and the extraordinary means that Steinmetz undertook to conceal his fraud from Vale,” the Brazilian company said in a statement.

Guinea’s President Alpha Conde at the time said Vale was not involved in, or aware of, the corruption.

BSGR, which went into administration in 2018, has denied any wrongdoing in obtaining the Simandou rights. It walked away from the project last year as part of a settlement with Guinea’s government in which both parties agreed to drop outstanding legal action. [nL5N20K1QG]

Vale filed a U.S. lawsuit in April 2019 to force BSGR to pay it about $1.25 billion, as mandated by a London arbitrator in the dispute, plus interest and expenses, amounting to a total of more than $2 billion. [nL1N2260CM]

The lawsuit is still active. 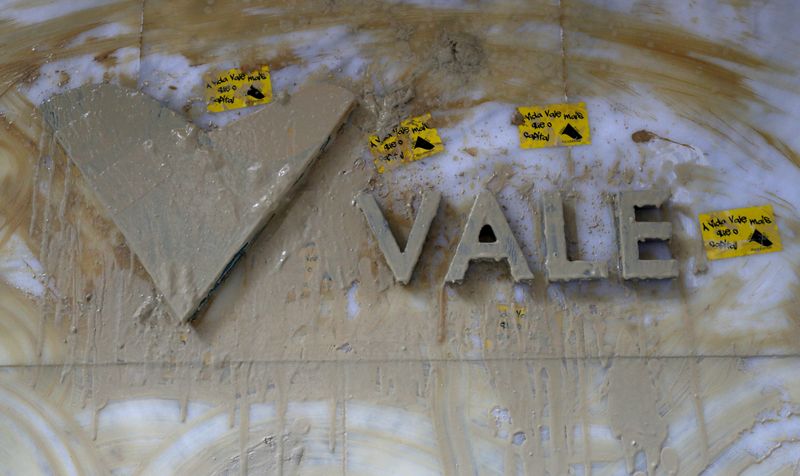 FILE PHOTO: A logo of Brazilian mining company Vale SA is pictured in front of the headquarters of the company in downtown Rio de Janeiro