JOHANNESBURG, May 21 (Reuters) – South Africa’s rand rallied on Thursday after the country’s central bank cut its main lending rate by 50 basis points, while stocks fell on concerns over the long-term impact of the new coronavirus and simmering U.S.-China tensions.

The central bank cut its main lending rate by 50 basis points to 3.75% on Thursday in an effort to shield the economy from the impact of the virus. Rate cuts this year now total 275 basis points.

“With inflation expected to continue to slow in coming months, further cuts might be on the cards at the June MPC (Monetary Policy Committee) meeting as well as later in the year,” executive director at Peregrine Treasury Solutions Paul Muller said in a note.

The reappearance of tensions between the United States and China, the world’s two top economies, has capped gains however, after U.S. President Donald Trump’s attacks on Beijing’s handling of the coronavirus outbreak spooked already nervous investors.

Bullion shares fell 7.51% with Gold Fields down 6.96% and Harmony Gold 6.95% lower on the back of a weaker spot gold price. (Reporting by Tanisha Heiberg; Editing by Kirsten Donovan) 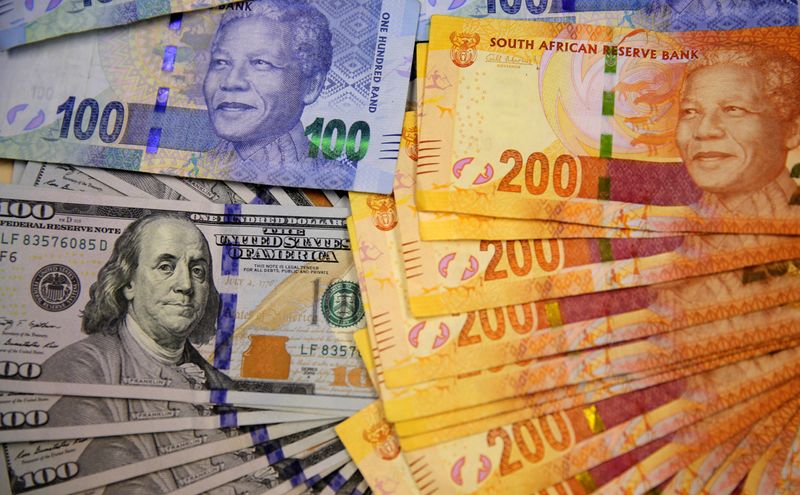