By Alexander Cornwell and Fathin Ungku

Several states have already stepped in to help airlines hammered by the travel slump, with the United States offering $58 billion in aid, Singapore announcing support for aviation and Australia easing competition rules.

As leaders from the Group of 20 nations met for a video summit, the International Air Transport Association (IATA) asked governments to provide or facilitate financial support for the major carriers it represents.

“The spread of the COVID-19 pandemic around the globe and the resulting government-mandated border closings and travel restrictions have led to the destruction of air travel demand,” IATA Chief Executive Alexandre de Juniac said in an open letter.

Underlining the industry’s plight, AirAsia, the region’s biggest budget carrier, became the latest to announce sweeping schedule cuts and said some of its businesses would halt flights altogether for a period.

Singapore Airlines said it would tap existing investors for up to S$15 billion ($10.5 billion) through the sale of shares and convertible bonds to offset the shock to its business from the coronavirus outbreak.

“Many airlines have been paying out more in refunds than they have received in new booking revenues,” de Juniac, a former head of Air France-KLM, said.

About half of the world’s air cargo normally travels in the bellies of passenger planes, so the cancellation of passenger flights has led to a sharp reduction in capacity, with knock-on effects on food, industry and other trade.

U.S. airlines, like others around the globe, have been reeling from the slide in passenger numbers and on Wednesday the U.S. Senate passed a $58 billion rescue package, half in the form of grants to cover some 750,000 airline staff wages.

The bill has restrictions on stock buybacks, dividends and executive pay, and allows the government to take equity, warrants or other compensation as part of the package.

The U.S. House of Representatives is expected to back the move on Friday. President Donald Trump has promised to sign it.

IATA, which estimates the pandemic will cost the global industry $252 billion in lost revenues this year, said earlier it had written to 18 countries in the Asia-Pacific region, including India, Japan and South Korea for emergency support.

Australia and New Zealand have joined other governments in announcing some financial relief. But this has not stopped carriers from putting staff on leave and grounding planes.

Virgin Australia plans to permanently cut more than 1,000 jobs among the 8,000 staff that have already been stood down. Australia’s Flight Centre Travel Group said it would cut 6,000 travel agent roles globally. 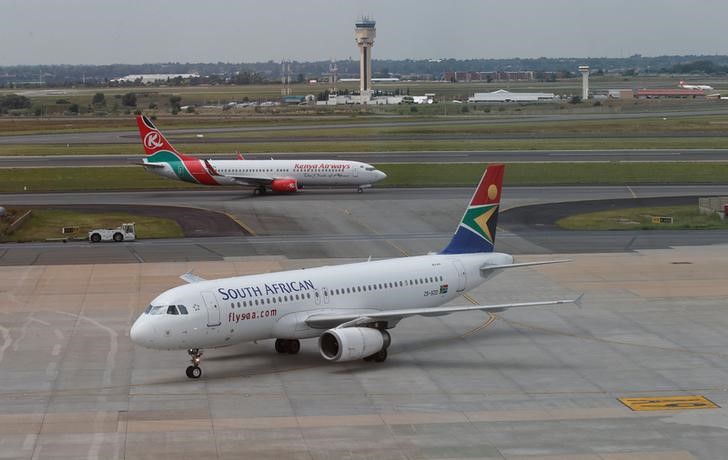