JOHANNESBURG (Reuters) – South Africa’s rand weakened against the dollar in early trade on Thursday as a surge in the number of new coronavirus cases in China dashed hopes that the epidemic was slowing, denting risk appetite.

“Emerging markets and risk assets are trading weaker as indications from China are of a spike in both the infection rate and the number of deaths reported as a result of the coronavirus,” analysts at Nedbank wrote in a note.

Investors sought safe havens after China’s Hubei province, the epicentre of a coronavirus outbreak, reported a sharp jump in the number of new cases, provided a grim reminder of the threat to the global economy that has shaken markets in recent weeks.

He is expected to give details on government plans for ailing state-owned enterprises, including power utility Eskom’s battle to keep lights on, as well as growth boosting and job-creation measures.

Power cuts in recent months and a string of dismal economic data this week have underscored the weakness in the South African economy.

Data on Wednesday showed retail sales in December fell 0.4% year-on-year, lagging market expectations for an increase of 1.5%. The followed data on Tuesday showing unemployment remained at an 11-year peak in the fourth quarter and manufacturing output for December shrank 5.9% on-year. 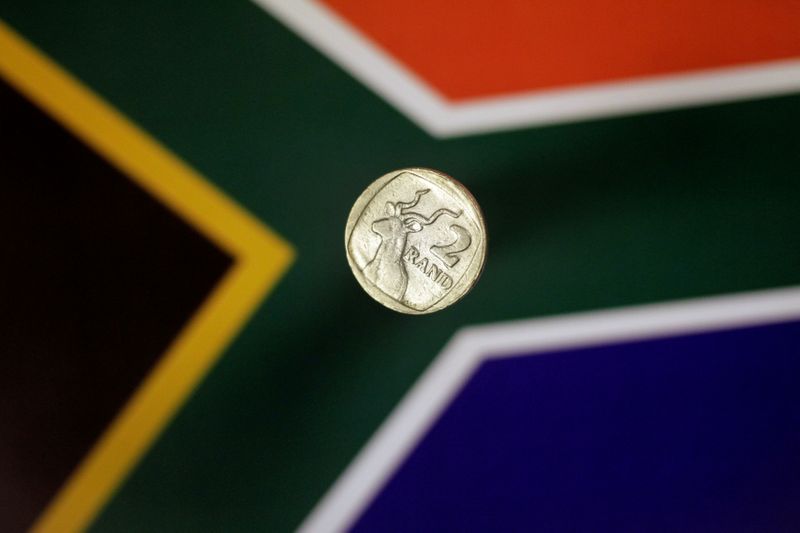