LONDON (Reuters) – Ivory Coast has asked the World Bank for help in eliminating illegal cocoa output from protected forests and resettling people farming there, as it steps up efforts to both end deforestation and deter excess cocoa production.

The world’s top cocoa producer has introduced a fixed $400-a-tonne premium on its cocoa sales in a bid to combat farmer poverty, but wants to ensure that it does not lead to excess output, which could lower global cocoa prices.

It is also under pressure to stamp out deforestation as Western governments increasingly try to regulate against the import of commodities linked to climate change.

“If people are in classified forests, we’ll get them out. I (have) asked the president of the World Bank to help us,” Ivory Coast President Alassane Ouattara told Reuters on the sidelines of a briefing at the Chatham House think tank in London.

Ivory Coast estimates that around 40 percent of its roughly 2 million tonnes of annual cocoa output comes from protected areas, providing livelihoods for hundreds of thousands of farmers and their families, many of them undocumented migrants.

Two rounds of evictions, in 2013 and 2016, displaced tens of thousands of farmers and their dependents, and were criticised by human rights groups for widespread abuses by security forces.

Ouattara said that World Bank President David Malpass had been “quite positive” about his request.

If deforestation continues unabated, Ivory Coast could lose all its forest cover by 2034, environmental campaigners say. 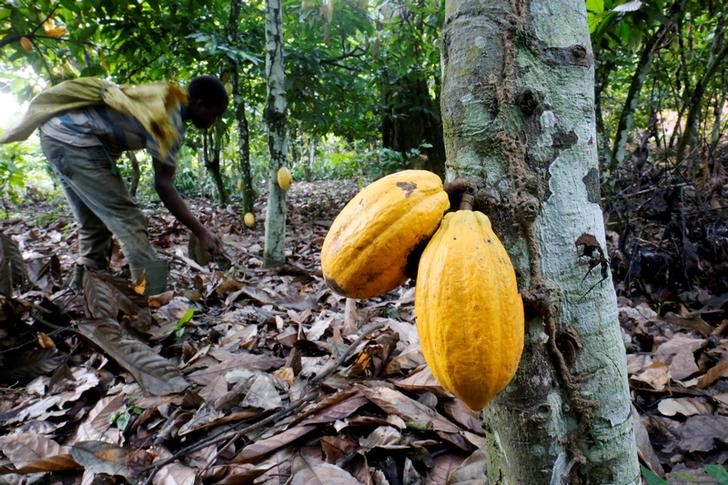