JOHANNESBURG, Jan 19 (Reuters) – South Africa’s Public Enterprises Ministry said on Sunday it was talking with the Treasury to raise funds to rescue South African Airways (SAA), following a meeting with business rescue specialists at the weekend.

The airline is one of several state entities, including power company Eskom, struggling with debt after nearly a decade of mismanagement.

“We are determined to contribute to the business rescue process so that we could minimise job losses and give birth to a rejuvenated SAA that all South Africans could be proud of,” the ministry said.

“The creation of a sustainable, competitive and efficient airline with a strategic equity partner remains the objective of government through this exercise.”

SAA, which has not made a profit since 2011 and is dependent on government bailouts to remain solvent, entered a form of bankruptcy protection last month in a last-ditch bid to save the state-owned company and around 10,000 related jobs.

It was promised 2 billion rand ($138.39 million) from the government and another 2 billion rand from lenders as part of the bankruptcy protection process. But while the lenders paid up, the Treasury has yet to establish a mechanism for identifying and dispersing its share.

The airline’s business rescue practitioners held talks throughout the weekend to try to find a solution on the 2 billion rand funding. But as of Sunday evening, no solution had been found, a person briefed on the talks told Reuters.

The ministry did not give further details of the meeting in its statement.

On Friday, Finance Minister Tito Mboweni told business leaders in Johannesburg ahead of the World Economic Forum annual meeting in Davos this week that as of Thursday, the Treasury was still trying to find additional financing for SAA. ($1 = 14.4519 rand) (Reporting by Nqobile Dludla; editing by Nick Macfie) 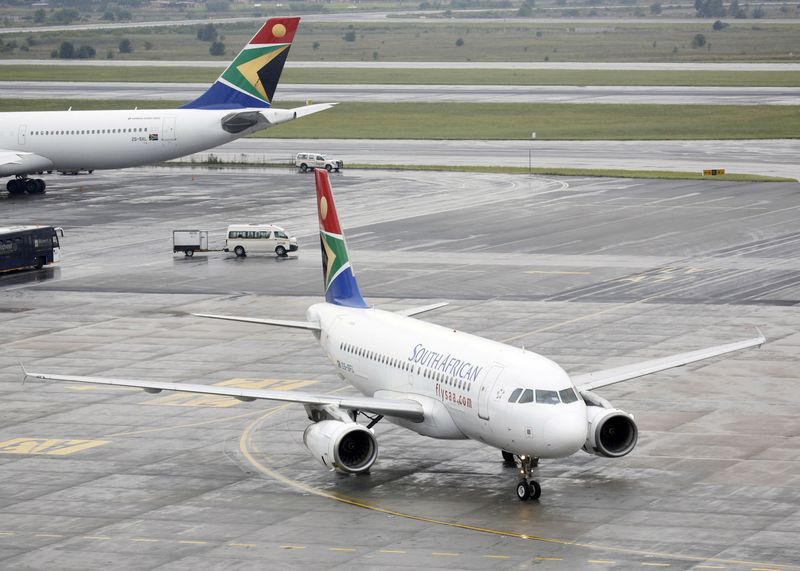