JOHANNESBURG (Reuters) – South Africa is scrambling to find extra funding to rescue South African Airways (SAA), which last month entered a form of bankruptcy protection in an effort to save the state-owned company and around 10,000 related jobs.

Tito Mboweni, the country’s finance minister, told business leaders in Johannesburg ahead of the World Economic Forum annual meeting in Davos next week that the Treasury had provided “financial support to the best of our abilities”.

“As of yesterday when I was speaking to the director-general of National Treasury we were still trying to find additional financing for SAA. … Let’s keep our fingers crossed,” he said.

SAA was promised 2 billion rand ($139 million) from the government and another 2 billion rand from lenders. But while the lenders paid up, the Treasury has yet to establish a mechanism for identifying and dispersing its share.

The airline is one of several state entities, including state power company Eskom, struggling with debt after nearly a decade of mismanagement.

Fearing another downgrade if it raises its deficit, South Africa’s finance ministry has sought to fund SAA in a “fiscally neutral” manner, by selling assets or cutting costs elsewhere.

Handling these issues is seen as the biggest test of President Cyril Ramaphosa’s commitment to economic reforms.

“The pace of structural reforms is not the way we want it to be, so we need to speed it up to generate this impetus to economic growth,” Mboweni said.

But without cash, SAA could very quickly become insolvent.

On Wednesday, business rescue practitioners Les Matuson and Siviwe Dongwana said they were “hopeful that a mechanism can be found to unlock the liquidity constraints.”

However, a trade union official warned that SAA could be forced to suspend some flights and delay salary payments if the government does not pay up very soon.

The government’s treatment of SAA and whether it is willing to sacrifice jobs will send a signal ahead of a much bigger battle with unions over ailing state utility Eskom, which is struggling to keep the lights on.

Eskom’s chairman resigned last week after power cuts even during the low-demand holiday season. The company is also fighting the regulator in court over energy tariffs. 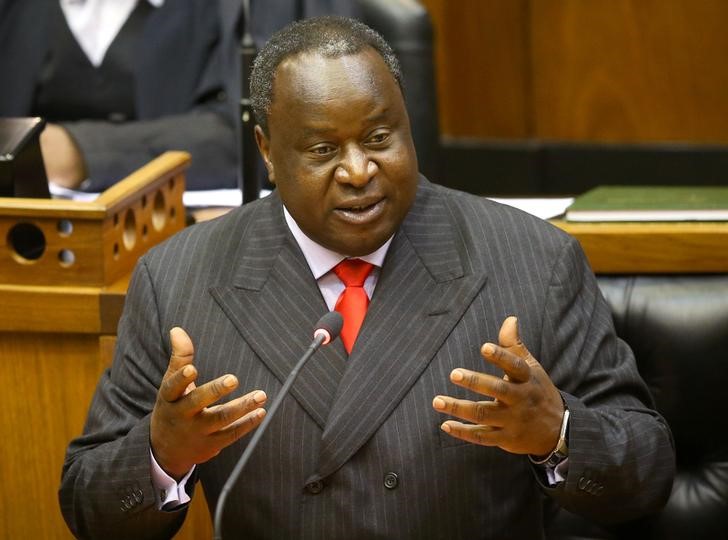