JOHANNESBURG, Jan 15 (Reuters) – South Africa’s Eskom took a dispute with the energy regulator to court on Wednesday, demanding higher tariffs than those awarded last year which the state utility said threatened it with financial disaster.

Eskom supplies more than 90% of South Africa’s electricity but is struggling with high debts and faulty power stations which prompted it to impose several rounds of severe power cuts that dented economic growth last year.

The perilous state of its finances are one of the biggest risks to the country’s last investment-grade credit rating as it is dependent on government bailouts to stay solvent.

Eskom has asked the High Court for an order allowing it to impose a tariff increase of 16.6% from April 2020 and 16.7% from April 2021, according to an affidavit seen by Reuters.

Eskom argues that energy regulator Nersa’s tariff decision for the 2019-22 financial years should be set aside because it incorrectly treated 69 billion rand ($4.8 billion) of state bailouts when calculating the amount of revenue Eskom should be allowed to recoup via tariffs.

In its answering affidavit, Nersa said its decision carefully weighed Eskom’s sustainability, what consumers could afford and the impact on the economy. It argues that granting Eskom the bailout money as allowable revenue would have resulted in excess returns.

It was not immediately clear when a judgment would be made, though the judge said he would make a ruling soon, according to a Nersa spokesman.

While Eskom and Nersa faced off in court, several dozen workers from two of the utility’s largest unions – NUM and NUMSA – picketed Eskom’s Megawatt Park headquarters to protest government plans to split Eskom.

The unions submitted a memorandum with demands to new Chief Executive Andre de Ruyter, who took up his post this month.

The memorandum demanded that the plan to split Eskom into different units for generation, transmission and distribution be halted. It also called for Public Enterprises Minister Pravin Gordhan and Eskom’s entire board to be removed for their handling of the country’s power crisis. 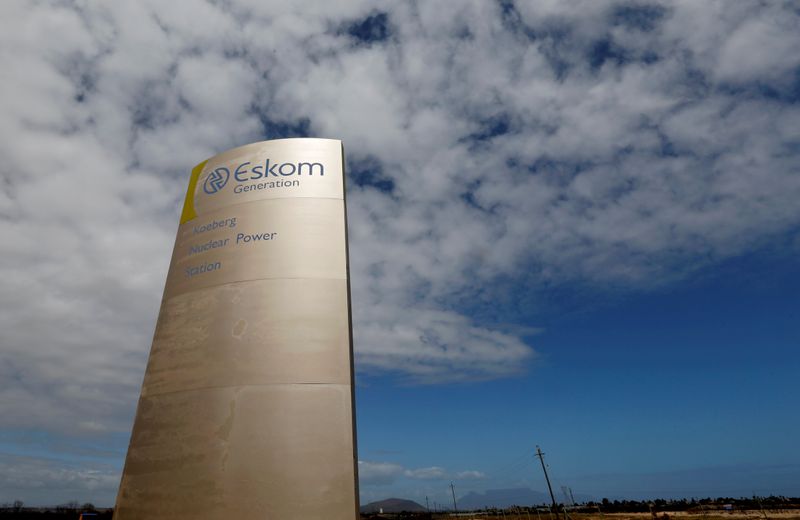