He replaces Ian Moir, who will step down in February after nine years at the helm during which he oversaw the group’s digital transformation and paid a big premium to bulk up in Australia via retailer David Jones.

Moir’s departure was widely anticipated by industry analysts as his $2 billion acquisition in 2014 of David Jones has weighed on the group which has had to write down its value twice and pump in millions of dollars to refurbish its Elizabeth Street store, disrupting sales.

Woolworths shares jumped more than 9% on news of his appointment.

Investors often cited that Moir overpaid for David Jones “and when it wasn’t working he continued to invest in it”, Sasfin Wealth senior equity analyst Alec Abraham said.

“You’ve got fresh eyes with no vested interest in any particular region or business that can arguably have an objective review of the business and make objective decisions on where it should be going in future,” he said.

David Jones has been struggling with subdued consumer spending in a slowing Australian economy and pressures faced by department store operators as shoppers switch to online players such as Amazon.com Inc or fast fashion brick-and-mortar stores like Inditex’s Zara.

“Roy has extensive operational, management and turnaround experience in global consumer and retail markets, which will prove invaluable as we continue to navigate the structural changes taking place in the retail sector and the challenges particular to our group,” Woolworths Chairman Hubert Brody said.

Moir will work closely with Bagattini to facilitate a transition and will continue in his role as acting CEO of David Jones, the company said.

(Reporting by Safia Infant in Bengaluru and Nqobile Dludla in Johannesburg; Editing by Shailesh Kuber and Emelia Sithole-Matarise) 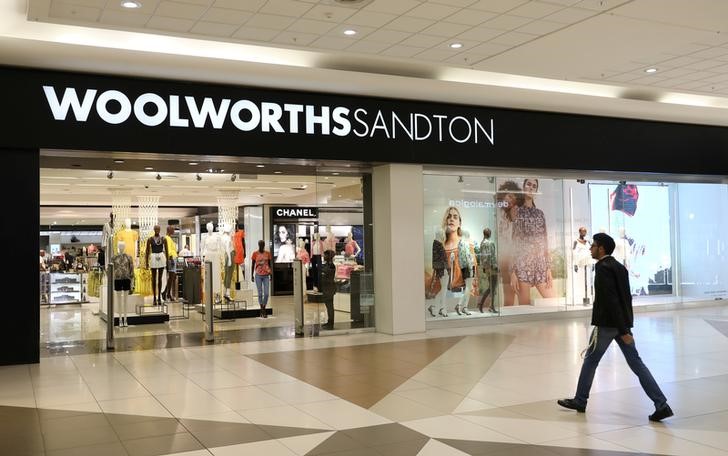 FILE PHOTO: A shopper walks to a Woolworths store in Sandton