* Ramaphosa under pressure over Eskom crisis

* Mabuza chaired board of directors for two years

By Alexander Winning and Emma Rumney

President Cyril Ramaphosa’s office said the government would soon announce a reconfigured Eskom board of directors with a mixture of experience in the electricity industry, engineering and corporate governance.

Jabu Mabuza’s resignation comes after Eskom implemented severe nationwide power cuts in several bursts last year and sporadically this week despite low electricity demand when many businesses and factories were closed for the holidays.

The power cuts have pushed Africa’s most industrialised economy to the brink of recession and piled pressure on Ramaphosa, who came to power with a pledge to revive investor confidence and lift economic growth.

Eskom officials told Ramaphosa at the company’s headquarters in Johannesburg last month that there would be no power cuts from mid-December until mid-January. Ramaphosa then told journalists that there needed to be greater accountability for Eskom’s failings.

The company supplies more than 90% of South Africa’s power, but its creaking fleet of coal-fired plants struggle to meet electricity demand.

Ramaphosa told members of his African National Congress (ANC) party at an event to mark the governing party’s 108th anniversary that Mabuza’s departure was a “sad moment”.

“Addressing and overcoming the crisis at Eskom necessitates that the board be strengthened,” an ANC statement said.

“It is far from clear who a replacement would be, given so many suitable people don’t want the job,” he said.

Mabuza was appointed to lead the Eskom board shortly after Ramaphosa won the ANC leadership in December 2017.

His appointment was intended to help to halt a financial and operational crisis. But under his watch the company’s debts climbed to more than 450 billion rand ($31 billion) and power cuts escalated.

Mabuza’s resignation follows that of Phakamani Hadebe as chief executive last year. Hadebe cited health reasons for his decision to leave, but sources told Reuters at the time that he also felt frustrated at being excluded from important decisions affecting the utility.

Eskom’s new CEO, Andre de Ruyter, took up his post this week and will oversee a government plan to split the company into three units to make it more efficient.

The company said on Friday that power cuts would stop at 11pm on Friday before resuming at 9am on Saturday. ($1 = 14.3109 rand) (Additional reporting by Olivia Kumwenda-Mtambo Editing by Frances Kerry and David Goodman) 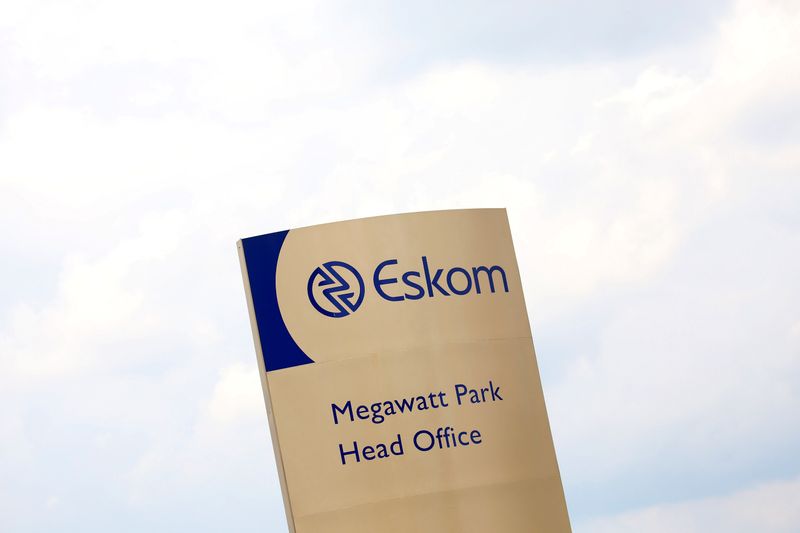 An Eskom logo is seen at the entrance of their head offices in Sunninghill, Sandton