JOHANNESBURG, Dec 8 (Reuters) – South African Airways (SAA) has been put in “business rescue” to try to save thousands of jobs, minister of state enterprises Pravin Gordhan said in the Sunday Times newspaper, in response to criticisms of the move.

President Cyril Ramaphosa on Wednesday ordered SAA to seek a business rescue just as the airline was close to collapse. Business rescue is a form of bankruptcy protection where a specialist adviser takes control of a company to restructure it.

On Sunday, Minister of Public Enterprises Gordhan wrote in an opinion piece in the Sunday Times that the decision to rescue the airline, rather than let it fail as some analysts have argued, would save many of the 10,000 jobs at SAA.

“We were not prepared to let the airline fail in an uncontrolled fashion, resulting in thousands losing their jobs, and causing social, economic and financial damage in its wake,” Gordhan said.

Economists have questioned the affordability of the 4 billion rand ($272 million) lifeline needed to launch the rescue plan, a majority of which will come from national treasury.

Two of the largest trade unions at SAA, the National Union of Metalworkers of South Africa (NUMSA) and South African Cabin Crew Association (SACCA), have questioned the independence of the process and argue it will favour creditors over jobs.

SAA, which has been making losses since 2011, is deeply in debt and has received more than 20 billion rand ($1.36 billion) in government bailouts over the past three years — all of which has achieved little more than keeping it barely afloat. (Reporting by Mfuneko Toyana. Editing by Jane Merriman) 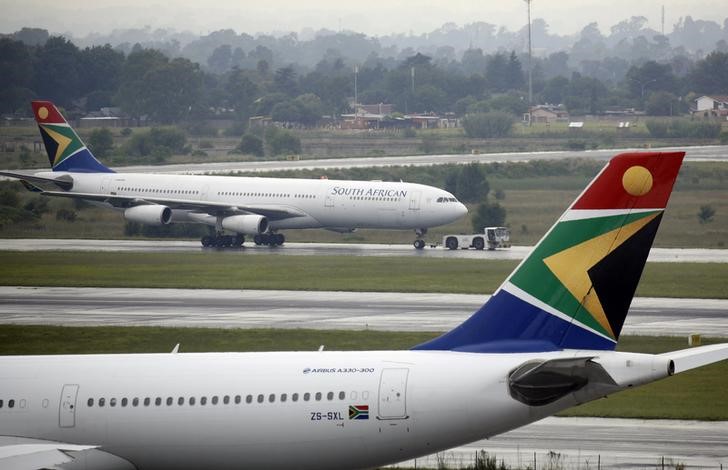